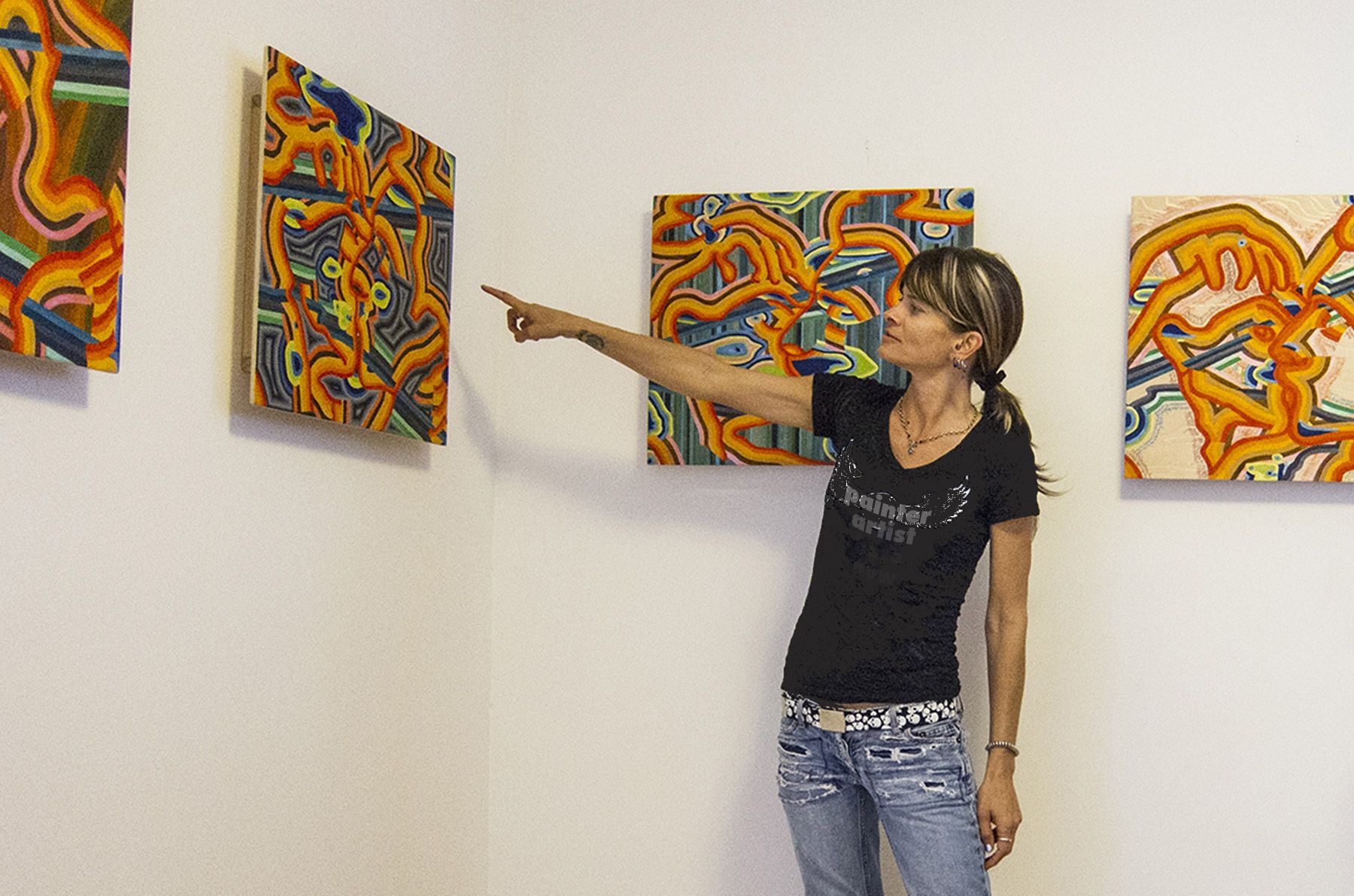 Paula Izydorek (born 1970 in Michigan) is an American painter who earned a BFA at San Francisco Art Institute. Izydorek looks to contemporary painting and the abundant perfection found in nature for continual inspiration. Although she inherently knows the exquisiteness of nature can never be improved upon through the painting process it is her goal to paint homage to its vast heterogeneity of textures, formations and all-encompassing palates.

Izydorek received her first solo exhibition Resolution or Evolution: An Intimate Interpretation at Millard Sheets Art Center, Pomona, CA in 2015. Her first catalogue Ingrained was published Fall 2016 with coinciding solo exhibitions: Cleveland, Ohio (2016); Columbus, Ohio (2017); Twentynine Palms, CA (2017); Kettering, OH (2018). Izydorek showcased recent artwork alongside paintings from her catalogue in Between Chaos and Control, Kansas City, MO (2018). Her work is featured in online publications; and has been reviewed by CAN Journal (2018) and Dayton Daily News (2018).

Izydorek's work is included in CARTA - Cleveland Art Association; and numerous private collections. She is currently based in Cleveland, Ohio and exhibits throughout the U.S.